Russia: Country of New Investment Opportunities – Why Now, and How

This article is the presentation made by Charles Borden, Managing Editor of FinancePlus and author of the Russian Deal Book 2019, at the All-Russia RosPromEco Congress at the World Trade Center, March 13 to 14 in Ekaterinburg. 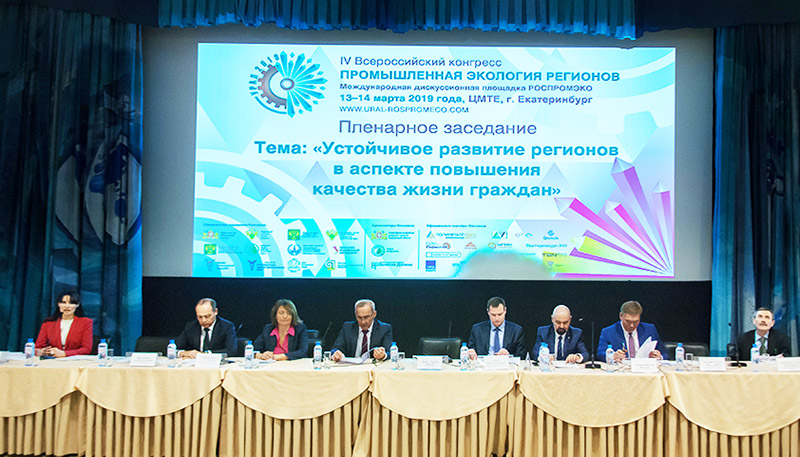 Since 1992, Russia’s economy has stumbled several times: the market fell in 1998, 2009, and in 2014. Not all foreign investors who tried to enter the Russian market were able to stay afloat and succeed. Some were knocked down by changes in the economy and others could not adapt to local conditions, nor find a place in the market. However, some have been successful, very successful.
Now Russia’s economy again faces difficult times. But practice shows that the best time to invest is not when everyone else is investing, but when a market is turbulent. Russia has segments and niches with high growth potential. Of course, such investors take additional risk. But if they wisely take advantage of the opportunities that have opened up, they have a chance to rise with the economy and achieve significant success.
Here is a simple example: until 1998, there was practically no packaging industry in Russia. Most packaged food products were imported from abroad. Shortly after Russia’s default and devaluation in August 1998, many international companies decided to locate production facilities in Russia. They began to actively invest in packaging plants and advanced technologies, and local production. Some became major players in the Russian market with strong and even invincible market positions. Another development since then (and a benefit for Russia) has been the replacement of foreign management with young Russian managers who developed skills through the ranks and now run the Russian operations.
In terms of investment attractiveness, the Russian market has changed dramatically over the past ten years. It has become more complex, gained experience, and developed support infrastructure. The most important change has been the strengthening of small and medium businesses. New entrepreneurs brought interesting ideas, became well versed in how to build a business, and how to assemble an effective team around themselves. They developed new products and services, and also provided services for large corporations that are still dominant in the Russian economy.
The FinancePlus Russia Deal Book is a catalog of investment opportunities in the Russian market for foreign investors, as well as a list of organizations in Russia that can assist in the process of placing investments. These include venture capitalists, private equity firms, investment boutiques, law firms, consulting companies, investment banks, and major media and investment conferences. A principal ambition of the FinancePlus Russia Deal Book is to facilitate communication and relationships for Russian investment.
FinancePlus is also collecting about 150 potentially interesting Russian investment proposals in different categories – from start-ups and the purchase of shares of companies to debt financing. Many small and medium-sized companies operate in sectors that are not affected by sanctions – in fact only a narrow group businesses and industries have been directly affected by sanctions.
FinancePlus hopes it will give investors a good general understanding of the Russian market, and which sectors are on the rise. For instance, there have been a large number of investment opportunities associated with the IT industry. Russia has its own striking success stories with local start-ups that, after receiving venture capital investment, have entered the European and US markets and even moved to Silicon Valley, where they continue to develop.
Other sectors that deserve attention are food production and agriculture. These industries are traditionally strong, but in recent years new opportunities and niches have opened for replacement products due to the sanctions restrictions on imports. For instance, it should be noted that cheese and meat products are rapidly developing. Italian and French companies, which can no longer export their products to the Russian market, have invested in and partnered with local businesses and provided the participation of their technologists and quality experts.
Russia has had impressive results, and the changes from a command economy to modern economy in just 25 years have been enormous. In short, do not underestimate the investment opportunities of Russia – it may be time to look into this market more closely.

Charles Borden is Managing Editor of FinancePlus, the largest owner of finance and investment groups on LinkedIn. FinancePlus has more than a million members in its international community for professionals in the field of investment and corporate finance.
Charles was also the author in 2012 of the FinancePlus Russia Deal Book. With more than 300 pages, it was the largest publication devoted to Russian investments in small and medium sized businesses. After a seven-year hiatus, he is republishing the FinancePlus Russia Deal Book for 2019. Charles has worked in the investment finance sector in Russia since 1992, in most recent years as a writer and editor of English language articles and publications.