This article resulted from a visit from March 13 to 14 to All-Russia RosPromEco Congress at the World Trade Center in Ekaterinburg by Charles Borden, Managing Editor of FinancePlus and author of its “Russia Deal Book 2019”, and Luke Conner, President of the British Business Club. Charles attended to present the upcoming new edition of the Russia Deal Book, and Luke to present the activities of the British Business Club in Russia. This text is derived from and includes the Mission Statement of the Congress.

The Fourth Annual All-Russian Congress “Industrial Ecology of the Region (RosPromEco)” convened in March to bring together leaders from governments and various industries to promote an active discussion about the future of sustainable development for Russia’s regions. This very significant event for the future of Russia, was formulated, developed and held in Ekaterinburg, the country’s fourth largest city.
It was very appropriate that this large and significant event on the subject of Sustainability and Ecology as relates to industry should take place in Ekaterinburg – since the complex issues of industrial ecology stretch like a train through this region and its neighbors. 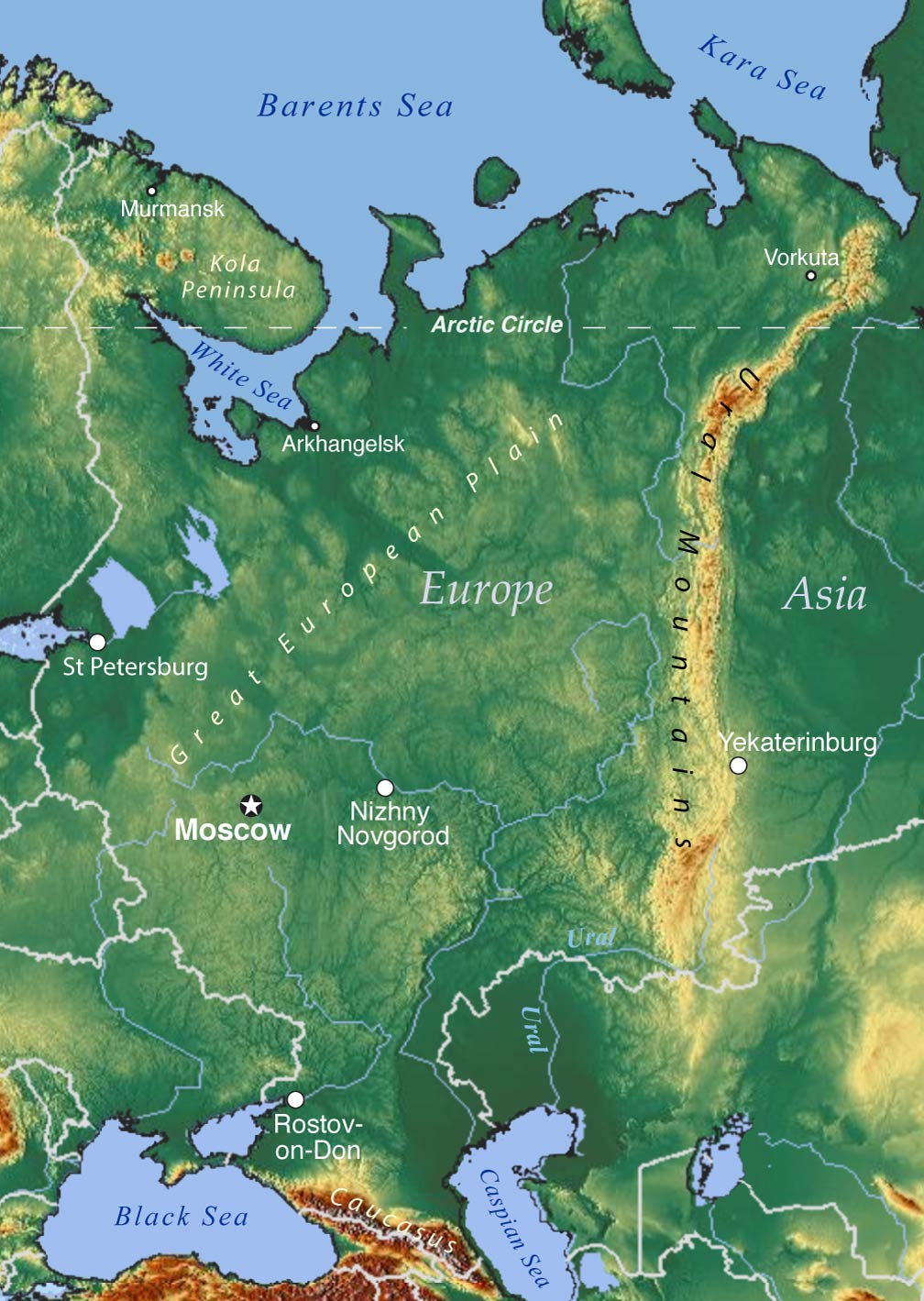 Ekaterinburg, located just east of the Ural Mountains about 1400 km from Moscow, was named for Catherine I, the wife of Peter the Great. Ekaterinburg is a strategic link on the East-West Siberian Route that connects the eleven time zones of Russia.
It has long been said that Russia is the principal world resource for the entire Mendeleev Table (the periodic table of elements named for the Russian chemist who formulated it). And among the regions of Russia, the Urals is a leader: it takes first place in development of ferrous metallurgy, the second place in the mechanical engineering and electric power industries, and third place in the non-ferrous metallurgy and chemical industries. The subsoil of the Urals is rich in various minerals – and they form the basis of many legends and stories.
The Urals mountains form a border between Europe and Asia. The surrounding region is home to a huge complex of industrial and mining activity since the 18th – 19th centuries when large plants were built by the Demidov Family in the Urals. In the first half of the 20th century, during Stalin’s shock five-year plans from 1928, many giant plants were launched. The environmental effects, particularly with the coming of the Great Patriotic War (World War II), the protection of nature was laid aside due to more immediate problems.
The powerful complex of various plants and enterprises generated many serious environmental problems in the Urals. The Ural region is a vivid example of typical industrial areas that are numerous throughout Russia. It is in the Urals that one can see almost all the problems of industrial ecology and “track down” the questions they pose for large metropolitan areas as well as smaller communities.

Sensing the Requirements of the Times

The premise of the Congress was that it now makes no sense to consider ecology in isolation from society, production, economics. Ecology is affected by any human activity, A sustainable path of development of territories without considering an ecological vector is now impossible.
Sustainable socio-economic development of the regions in conditions of significant environmental pressure is a task that is characteristic not only of the Urals, but also the well-being of the population, social stability and the economic power of the country depend upon solutions.
This was the fourth annual the All-Russia RosPromEco Congress, attended by more than 1200 leaders, managers, scientists and even university students. The following are the stated Mission and Objectives of the All-Russia RosPromEco Congress and its Interregional Discussion Platform.

The Mission of the All-Russia “RosPromEco” Congress

Find out more about the Congress at these contacts

Moderator:
Julia Korneeva, Conference Co-organizer
Member of the Expert Council under the Federation Council Committee on Agrarian and Food Policy and Environmental Management

“The Urals – Territory of Green Growth”

Moderators:
Vyacheslav Y. Tyumentsev
Deputy Minister of Natural Resources for Sverdlovsk Region
Vladimir V. Cherepanov
Head of the Department for Economic and Social Policy for the Office of the Plenipotentiary Representative of the President of the Russian Federation in the Urals Federal District

“Society and Industry: Quality of Life through the Prism of Environmental Consciousness”

“Illegal Logging: Response from Municipalities and Law Enforcement Agencies. The experience with the LesEGAIS system in the Sverdlovsk Region”

Moderator:
Vladimir Berezhnov
Deputy Director of the Forestry Department of the Ministry of Natural Resources and Environment of the Sverdlovsk Region
Mikhail V. Shabunin
Head of the Department of Federal and State Forest Surveillance (Forest Protection), Federal State Fire Supervision in Forests

Moderators:
Yury A. Manakov
Chief Researcher, Federal Research Center for Coal and Coal Chemistry, Siberian Branch of the Russian Academy of Sciences
Alexandra V. Ponomareva
Head of the Department of Protected Areas and Objects of the Ministry of Natural Resources and Ecology of the Sverdlovsk Region

“Environmental Risk Management for Sustainable Development of the Regions”

Moderators:
Sergey V. Kuplevatsky
Acting Head of the Department of Forestry for the Ural Federal District
Igor K. Yazhlev
Executive Director of the Association of Environmental Insurance, expert teacher of the Arsenal Institute for Advanced Studies
Natalia Kovalenko
Vice-Rector for Academic Affairs of the HEI Feodosskaya Financial and Economic Academy

Moderators:
Artem A. Bakhterev
Deputy Minister for the Agro-industrial Complex and Food Production for the Sverdlovsk Region.
Edward L. Schwarzkopf
Head of the Poultry and Mixed Feed Industry Department of the Ministry of Agriculture and Food of the Sverdlovsk Region.
Dmitry A. Edelev
Doctor of Economic, Medical Sciences, Professor, Member of the Academy of Natural Sciences
Julia Korneeva, Conference Co-organizer
Member of the Expert Council under the Federation Council Committee on Agrarian and Food Policy and Environmental Management, co-organizer of the All-Russian Congress “Industrial Ecology of the Regions”

“Architecture in the Regions for the Green Economy”

“Territorial Security as it relates to Sustainable Development”

Moderators:
Vladislav V. Zhukov, Member of the Council on Issues of the Agro-Industrial Complex and Environmental Management for the Federation Council of the Federal Assembly of the Russian Federation.
Alexander N. Aleksandrov
Lecturer of the Department of Earth and Space Sciences of the Institute of Natural Sciences and Mathematics of the Ural Federal University; Expert for the Public Chamber of the Sverdlovsk Region.

“Questions about Waste Management for Cities and Small Towns”

Moderator:
Kristina A. Agadzhanova
Manager of the “Private Investment Fund”